Blaze Arts and the Connectors Commissions

To coincide with Black History Month, a national celebration that aims to promote and celebrate Black contributions to British society, we are pleased to launch two new commissions, as part of the youth led Festival of Hope, that celebrate and demonstrate overlooked, hidden or untold stories of Black contributions to British society from across the North West.

Supported by Blaze, the Connectors, a centralised group of Festival of Hope Young Producers aged 12-25, representing the five hub sites from across the project, commissioned one emerging and one established practitioner to explore heritage and celebrate cultures that are often left out of museums. Through these pieces, Jade Williams and Karl Newsam explore untold and forgotten stories of Black figures of the past from Bolton, Carlisle, Cheshire, Lancashire and Merseyside, weaving between the amazing content created by our Festival of Hope partner museums’ young producer teams.

The Connectors are interested in what stories are currently being told about our heritage and those that aren’t. This could be about viewing the past through a different lens, or exploring the retelling of stories, unearthing and exposing truths, in order for people to rethink what they have previously been told. They want to use this platform to educate, keep the conversation going and demand change.

As a heritage project we are asking what stories from our past are preserved, and which are hidden away? What questions do we need to ask and what truths do we need to learn? What do museum collections tell us about who we are and where we are from, and what do they miss out?

Our heritage defines us. It is everywhere we look. We believe that understanding, valuing and sharing our heritage fosters togetherness. Especially in this ever increasing digital age, it’s essential for us to promote the story of our global past, its importance in today’s society and how it can shape our future.

Exploring hidden BAME figures in the arts Sharing their stories, experiences and contributions to British theatre.

Karl recently moved back to Liverpool from South Yorkshire where he now teaches as a Dance and Musical Theatre Lecturer at LIPA Sixth form College. He brings with him a wealth of expertise both in dance theatre and acting and is delighted to be back in the city working within the community. Alongside his teaching, Karl adjudicates many dance and musical theatre festivals and competitions nationally and is an examiner for BBO dance.
Prior to his teaching career, Karl had a successful career in musical theatre after completing his formal training at Arts Education schools London where he achieved a BA honours degree in Musical Theatre. Karl went on to perform in the West end for the hit musical, The Producers at The Theatre Royal (Drury Lane) which he then went on to perform in the original National tour.
Other theatre credits include: Cats (Germany), Oh What A Night (National and European Tour), Fame (Tate Modern), Discomania (European Tour), Parade (Edinburgh Fringe), Some Voices (Tabard Theatre) Lead singer (Legends of Soul) on P&O, Royal Caribbean, Silver Sea’s and Thompson Cruises, Genie in Aladdin (to many theatres to mention), Jack and the Bean Stalk (Wyvern Theatre) and many more.
He has performed on TV and film credits include: World War Two commemoration, Morrison’s, 51st State, The Royal Varity show, The Royal Horse Parade, Wham Bam Family, Tops of the Pops, CDUK, T4, The Brit Awards and even performed for the queen on several occasions.Karl is the Founder for Melt Dance Company offering jazz theatre dance training to young aspiring dancer. For more information contact us through http://www.meltdance.co.uk/
About White Wash:

Britain has a reputable history of theatre which encapsulates British heritage and culture. Some may believe we are forward thinking; inclusive of all cultures and lifestyles, but are we?

White theatre pioneers such as William Shakespeare, Harold Pinter and Alan Ayckbourn have been cemented in British history for introducing new styles and paving the way of how we see theatre today. However, BAME theatre pioneers who have made significant contributions to the industry and or impacted on society are yet to receive the same recognition as their counter parts.

White wash is about exploring hidden figures within society. Sharing their stories, experiences and contributions to British theatre.The piece explores four practitioners within the arts who had an impact on the theatre industry. It looks at a range of artists that have been lost in history.
Local artists perform and amplify the monologue/speech; in which the dialogue gives a snapshot of our one of the hidden BAME figures. The piece sees the performer demonstrating an art form or “everyday” whilst we hear the monologue.

Pablo Fanque's Fantastic Fair: For The Benefit of Our Forgotten Black Britons

An exploration of the forgotten Black British figures of British history that trace back into the 3rd century AD.

Jade Williams is a multi-disciplinary emerging Black artist from Manchester with a strong background in Afro-Brazilian dance. A writer, poet and performer, who has used these art forms in previous commissions and performances. Also, an experienced teacher and creative facilitator with a background of work with children and young people from Greater Manchester.

Pablo Fanque’s Fantastic Fair: For The Benefit of Our Forgotten Black Britons is an exploration of the forgotten Black British figures of British history that trace back into the 3rd century AD. Pablo himself, named William Darby at birth, was born in 1810 in Norwich and was the first Black circus proprietor. For this commission Pablo reignited his famous circus tour and through the forms of movement, poetry and spoken word performance will deliver a love letter and conversation to the forgotten figures honouring them and remembering them.

Introduction: Pablo Fanque presents himself and addresses our fellow Britons – Wake up and ask yourself “Where are you from”

Honouring the Aballava Community (modern day Burgh and Sands) of African Moors that upheld the fort at Hadrian’s Wall in the 3rd Century AD.  Special mention of Victor a Maurum who’s tomb was found in South Shields near the river Tyne.

Special mentions of the African Moors from the 1st century AD

Special mention of her sisters June and Mary Clarke that would also follow her onto the field. 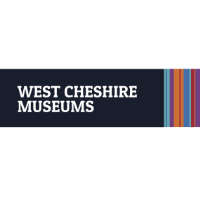 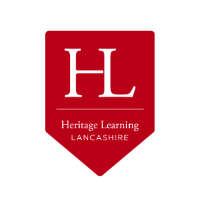 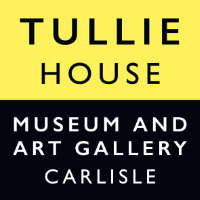 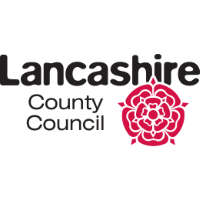 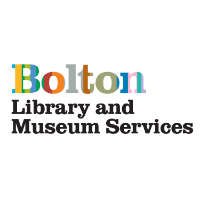